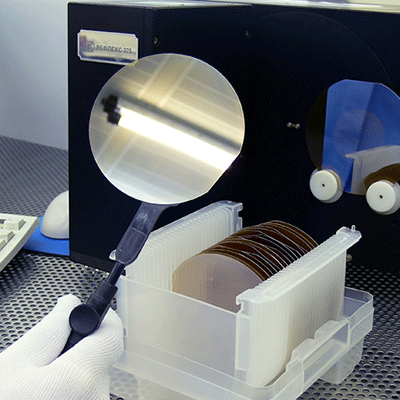 In terms of crystal structure, sapphire is hexagonal system, spinel is cubic system, and three silicon cells are consistent with two spinel cells. The mismatch of the two cells along (100 direction) is 0.7%. However, the spinel prepared by flame method is mostly aluminum rich. The lattice constant of this kind of spinel decreases with the increase of Al2O3 content, resulting in the increase of mismatch. On the other hand, the similar thermal expansion coefficient between the substrate and the epitaxial layer is one of the important factors for obtaining excellent heteroepitaxial layer. If the difference is large, the larger stress will be produced near the interface when the temperature changes, which will increase the defects of epitaxial layer, even warping, thus affecting the performance and thermal stability of materials and devices.

Considering lattice matching, thermal matching, reducing self doping and capacitance effect, spinel is a better substrate material than sapphire. However, the properties of silicon epitaxial layer on spinel are strongly dependent on the substrate components, which vary with different preparation methods and processing conditions. Therefore, although the silicon epitaxial layer on spinel substrate is superior to that on sapphire substrate, sapphire is widely used as silicon epitaxial substrate in current industrial production due to its poor reproducibility, high thermal conductivity and mature preparation process.

The equipment and basic process of OS epitaxial growth are the same as that of general silicon Homoepitaxy. The cutting, grinding, polishing and cleaning of substrate are basically the same, except that sapphire is harder than silicon, and the grinding and polishing time is longer.

In order to solve the contradiction between growth and corrosion, epitaxial growth methods such as double rate growth and two-step epitaxial growth can be used. The double rate growth method uses high growth rate (1 ~ 2 μ M / Mn) to quickly cover the substrate surface (growth 100 ~ 200nm). Then, it grows to the required thickness at a low growth rate (about 0.3m / min).

Due to the mechanical damage of the substrate surface and the corrosion between the growth components and the substrate, lattice mismatch, improper valence bond, strain effect and other factors, it is inevitable to introduce high-density dislocation, twin, intergranular boundary and other lattice defects in the epitaxial layer of SOS. These defects interact with heavy metal impurities such as Cu, Fe and form a series of deep energy levels in the forbidden band. In addition, there are some crystal defects in the epitaxial layer, such as A1 local precipitation and its oxide. They act as recombination, scattering and capture centers, which make the carrier concentration, mobility and minority carrier lifetime decrease. Therefore, the quality of SOS epitaxial layer can not catch up with that of homogeneous epitaxial layer, and the thinner the epitaxial layer, the worse the performance. In the future, it is an important subject for the development of SOS technology to improve the crystal integrity of SOS epitaxial layer, reduce self doping, make its performance close to the level of homogeneous silicon epitaxial layer and have good thermal stability.